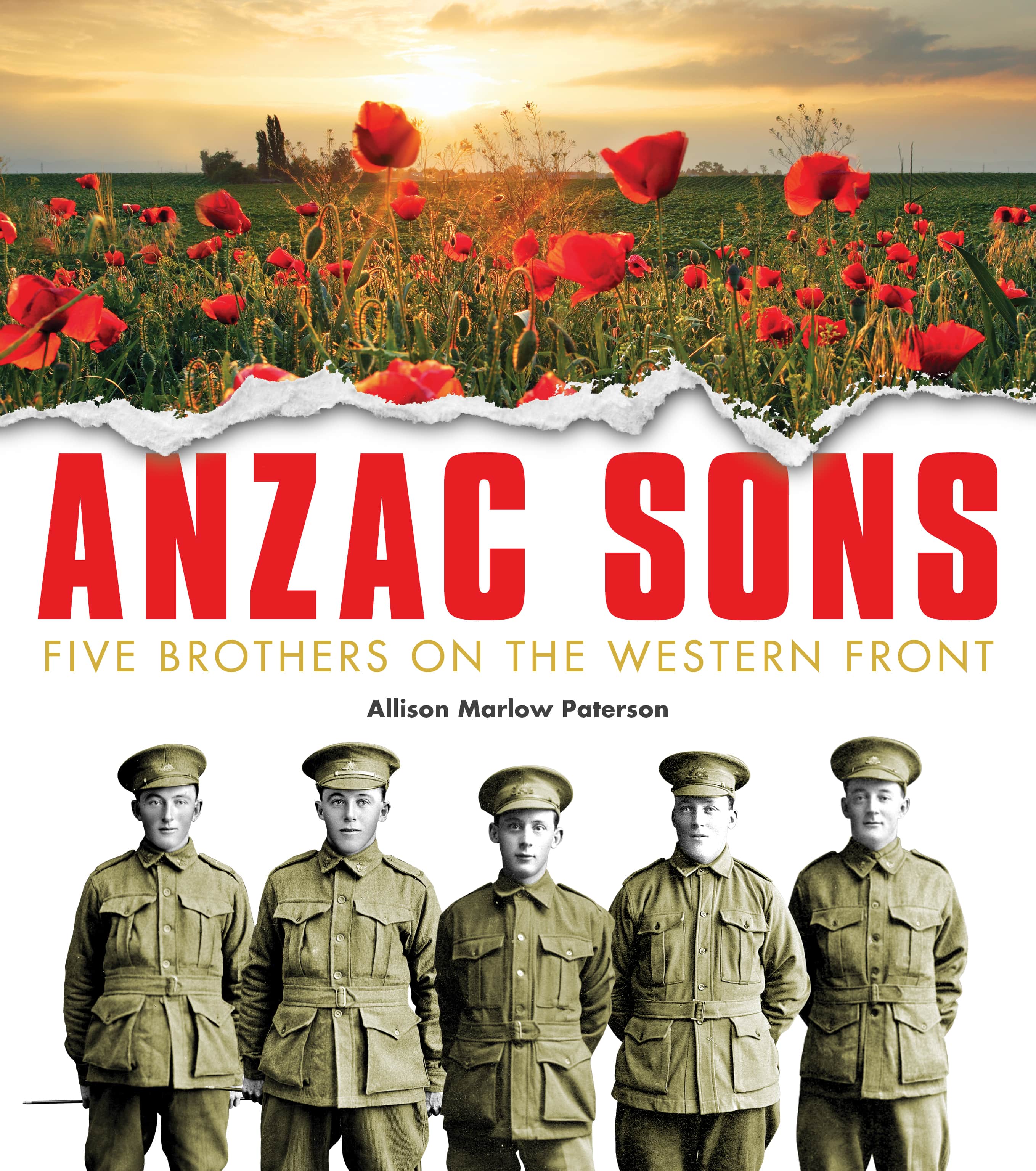 Download the Teacher’s Notes for Anzac Sons: Five Brothers On The Western Front

Click on the links below to watch Allison’s Anzac Day message and to view Allison reading Anzac Sons: Five Brothers on the Western Front

…we Australians are proud of you in having reared such noble men who are willing to give their lives for their country.

In the years of 1914-1918 over 330,000 Australians served their country in a war far from their homeland, more than 60,000 of them died. Five of these Australians were brothers; three of them were destined to never return to the home they loved.

The Great War brought enormous sorrow to families all over the world. In Australia there were few who escaped the fear, nor the tragedy. This is the story of the Marlow brothers. This powerful children’s book brings their story to life for future generations. It is a tragic tale of mateship, bravery and sacrifice; a heartbreaking account of a family torn apart by a devastating war. It is a pledge to never forget.

Based on the original title Anzac Sons; the Story of Five Brothers in the War to End All Wars, this important children’s book compiled by the granddaughter of a surviving brother tells the true story of brothers’ service, the impact on the family and community and weaves through the facts and history of the Great War and battles.

Combining beautiful prose and imagery including photographs, maps, letters and facts, the book will reach children of a variety of ages. Children, teachers and parents can read the letters her ancestors wrote from the trenches, walk in their footsteps and remember all those who have served throughout the generations to defend our freedom and our way of life.

Anzac Sons (the children’s version) truly is a remarkable and inspirational book that will transport younger readers from all ages into the hearts and minds of five brothers who served their country and, together with their fellow comrades, inspired a nation.

Heartbreaking but essential … A simply told history of Australia’s involvement in the First World War … full of heart.