The Legacy to Remember 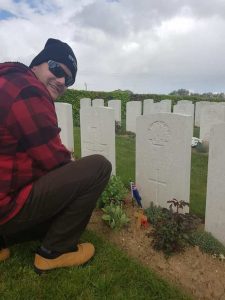 A century has passed, and another generation holds the legacy to remember close to their hearts. One hundred years to the day since the death of Sgt. Charlie Marlow, my newlywed son and daughter-in-law stood by Charlie’s grave. They honoured Daniel’s great-great-uncle, a young man who had also found the love of his life, but whose dreams were cut short on the battlefields of the Western Front. Daniel and Teneal’s pilgrimage continued as they walked in the footsteps of the Marlow brothers, honouring the supreme sacrifice of Albert and George, and the service of Great-grandfather Allan and his twin brother Percy. May the Marlow brothers, and their fellow Anzacs, all rest peacefully. We respect you, we are grateful and we won’t forget. 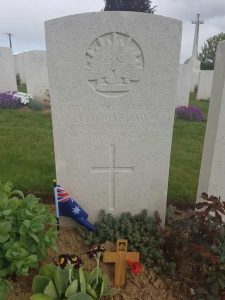